Arch of Triumph: A Symbol of Glory

It goes without saying that Paris is one of the most famous cities in the world and its most renowned attraction the Eiffel Tower; however, this week, Tatian's Travel selected the Arch of Triumph, called the Arc de Triomphe de l'Étoile in French, as a global highlight.

Commissioned by Napoleon Bonaparte, the structure is a symbol of longstanding Parisian glory. Along the arch’s walls are carved the names of victorious battles and the generals who fought them. Napoleon had the monument built to pay homage to the French Grande Armee. At 164 feet tall and 148 feet wide, the structure is quite massive, invoking a sense of martial strength. 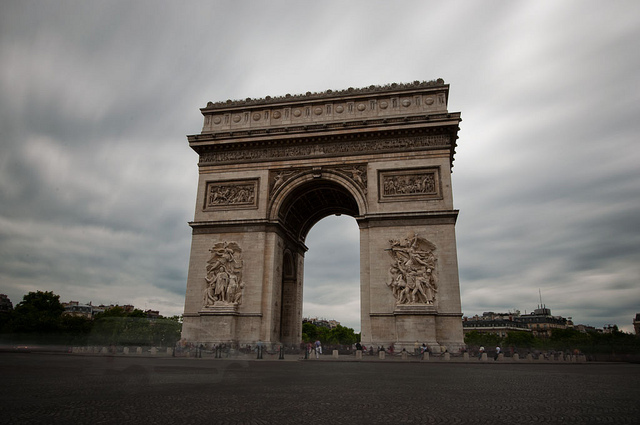 Triumphal arches, however, are not unique to the French. The neoclassic Parisian arch, initially undertaken by architect Jean-François Chalgrin before his death in 1811, was inspired by the Roman Arch of Titus. Similar pillars stand in Barcelona, Spain; Bucharest, Romania; Pyongyang, North Korea; and formerly, Palmyra, Syria. Unfortunately, the ruins of Palmyra were torn down by Isis.

Group tours of the arch are available in English, Spanish, and French; however, due to ample demand, reservations for groups should be made up to four weeks in advance. Follow the instructions here.